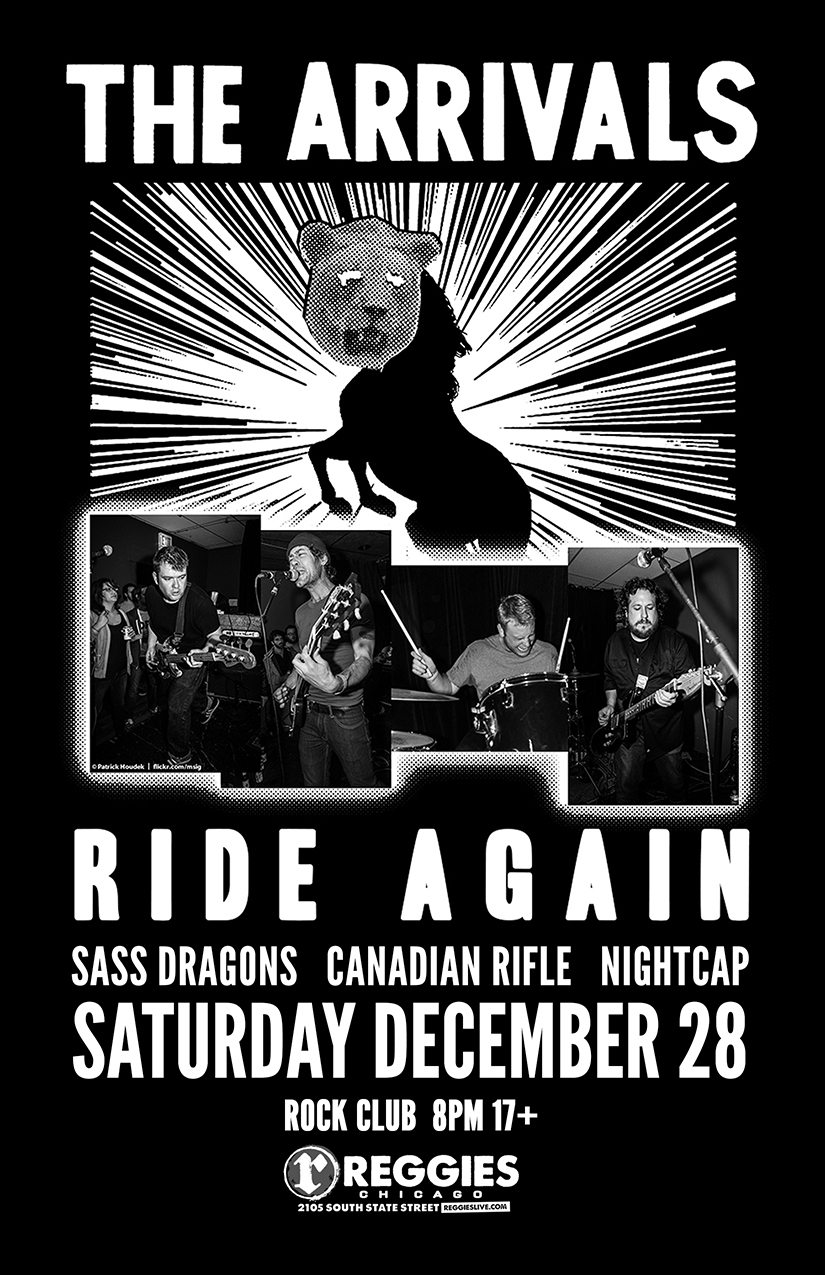 Founded in Chicago in 1996, The Arrivals are the Jam meets Dillinger Four in sound and spirit (they have shared a member with the latter since 2005); something like Naked Raygun trying to revisit The Kinks. They play a kind of working-class punk rock that’s not patriotic, not overtly populist, but thoughtful and authentic. The songs are artfully written and delivered with urgency and forthrightness, with well-informed lyrics that center on the lives of lower-class Americans and general disillusionment with civilization. The Arrivals is real modern music from the urban Midwest. It’s rustbelt realism at its best.

In the later part of the 2000s, The Arrivals evolved into their own species of punk rock animal, in the way that the Clash did as the ’70s became the 80’s or Jawbreaker did during the early ’90s. And their last album to date, 2010’s “Volatile Molotov” (their fourth full-length), tops all. With classic rock and punk references strewn throughout, they’ve called it their “love letter to their favorite music.” Todd Congelliere of their label, Recess Records, says it “listens like a classic novel.”

Since 2012, The Arrivals took a bit of a break⁠ — focusing on their home lives and starting an array of musically-adventurous side projects. When the band has come together to play, as they did in 2016 for Awesome Fest in San Diego and this past January at the Ian’s Party festival in Chicago, they explode from the stage with enthusiasm and a pure love of playing music together. As such, Arrivals shows have become highly-anticipated events that see fans traveling from far corners to join the group in their celebrations.

We have over one hundred songs, maybe a handful of them you could grow to like. Jason is a Hotelmen, Mike makes drinks at a fancy bar and Jimmy works in a museum. All bud smokerz.

The south side of Chicago is pretty rough, especially Blue Island. It reeks of drunks, gun powder, crime, exhaust, and weed. For the sake of not confusing the reader, Chicago pedigrees NIGHTCAP wouldn’t have it any other way. When not making runs to Miska’s Liquor Emporium and the infamous Harold’s Chicken Shack, these Blue Island locals are sawing through their set all over the Midwest.