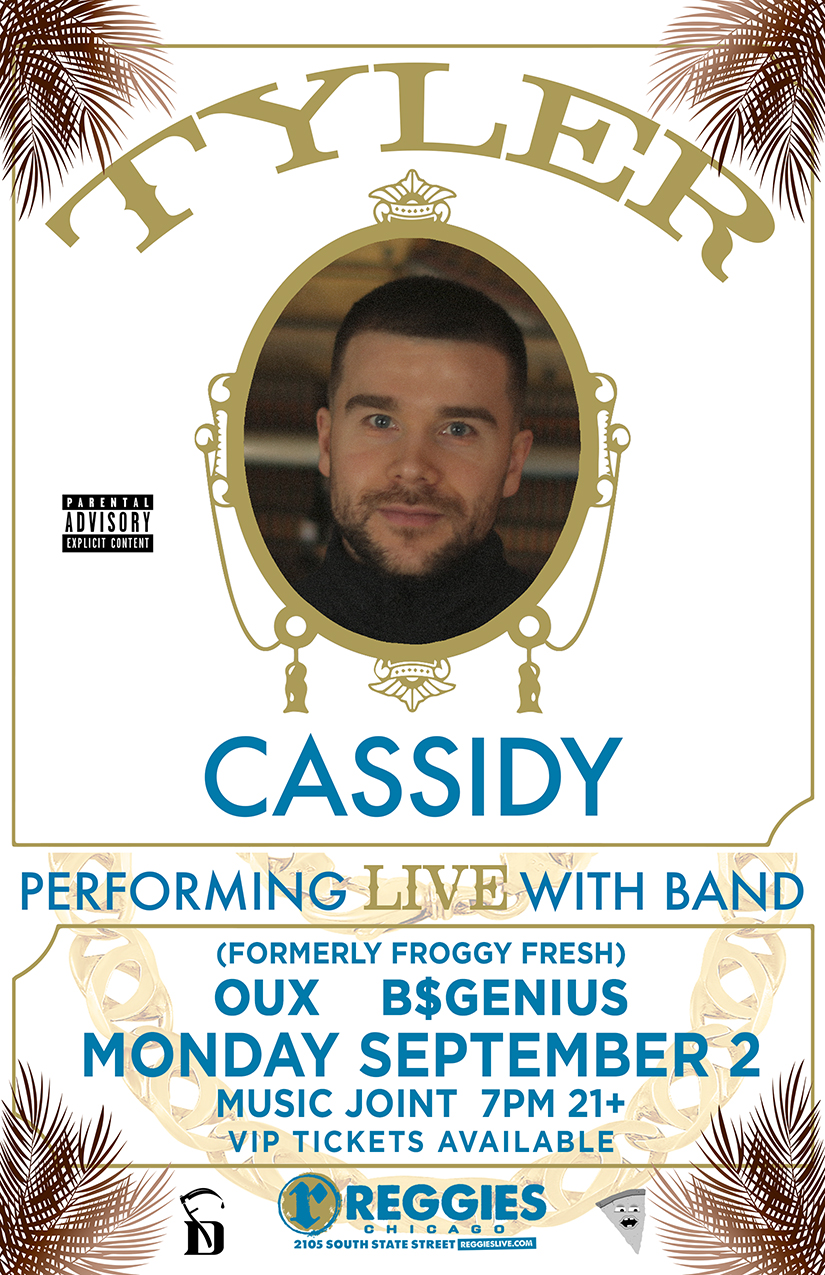 For the longest time, Tyler Cassidy, formerly known as Froggy Fresh, formerly known as Krispy Kreme, formerly known as Tyler Cassidy, was an enigma – having blurred the lines between who he is and his elaborately written character. The franchise was one of textbook Youtube legacy, a self-produced project that earned hundreds of millions of views, John Cena endorsement, Tosh.0 appearance, and survival of a rebrand and a follow-up album that charted 3rd on the Billboard Comedy chart. However, everything you thought you knew about Froggy Fresh was wrong. In a later self-retrospective, it was revealed that the project was birthed in Tyler’s feeling lack of attention to the preceding original music he had made.

In 2017 – almost five years to the date of the first YouTube upload – Froggy Fresh surprised fans with a live tour, playing to packed venues across every crevice of the continental US. The tour was a swan song of the Froggy Fresh project as Tyler had grown out of it (and feared being stuck throughout his career as what he described as a Pee-Wee Herman type character). The formative life-experience of extensive travel through touring and connecting with fans, re-ignited Tyler’s creative flame as he taught himself to compose and perform on the piano.

The initial offerings were solemn tunes of love, loss and redemption – written for a concept album. Now the listener, who had extended a Kleenex for Froggy’s nose in the Baddest, would use it for their own eyes. While these songs would earn Tyler critical acclaim and more millions of likes and views, his biggest hit would stray from the more serious, heart-wrenching material and land a spot on the cover of Reddit.

Garnering the attention of major players in the music industry, Boyfriend rivaled the virility of any video from the Froggy Fresh project with one major difference – the video was a simple iPhone shot of him performing the song on his grandma’s piano, and finally his songwriting was recognized on its own. Additional material followed which features sultry tales, irreverent streams of consciousness, and a healthy dose of millennial “fuckitol” in response to this age of doom and confusion. Froggy Fresh was Tyler’s Trojan horse and he’s emerged with multiple albums of material plus a high-energy backing band…. and this born entertainer is just getting started.

Oux is a synth pop/hip hip duo consisting of Manae Hammond and Natalie Finamore. Inspired by artists such as Sophie, Bjork, Childish Gambino, and Frank Ocean, Oux create exciting sonic landscapes and sultry lyrics that are sure to tantalize your eardrums.

$50 Meet and Greet ticket includes admission and gets you in the show an hour before general doors for photos and autographs with Tyler! ...Also comes with a sticker, poster, gloss photo, and other tour exclusives.”