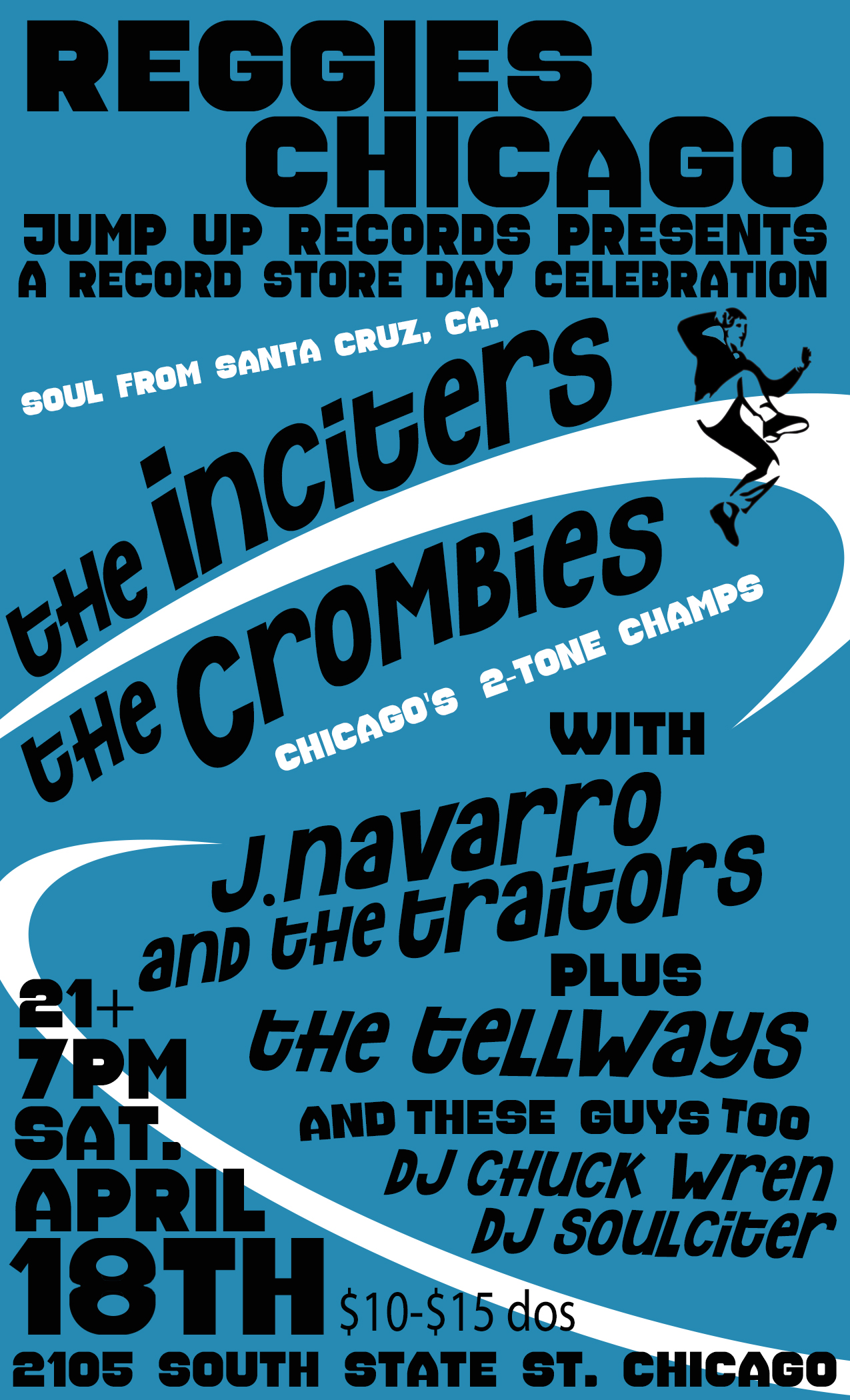 One of the West Coast’s finest Northern Soul bands – THE INCITERS! An overpowering 11-piece dance floor soul band that has brought the house down from LA to Chicago and all across Europe, releasing 3 albums to date on Grover/Elmo Records in Germany and “ DOING FINE” which was recorded in Chicago and released by JUMP UP in 2000. The band’s newest album, “Soul Clap” on JUMP UP was released February 2012.

THE INCITERS play Northern Soul music, a genre that originated in the north of England in the 1960s, taking inspiration from America’s Stax and Motown greats like the Temptations, Stevie Wonder and the Supremes.

Northern Soul takes the Motown/Stax ethic but adds a stronger back-beat with more adventurous production, and THE INCITERS continue this tradition in grand style on their new 11 track album SOUL CLAP. With 11 members wielding drums, bass, guitars, a full horn section, and three strong female vocalists, THE INCITERS have no problem filling a room with the powerful sound of soul. The three vocalists — Betsy Jane Kniffin, Andrea Button, and Aimee Gruber — lead the band through finely crafted original songs as well as traditional soul music that will get you out of your seat and start to dance. Their choreography has an improvisational character to it as each of the singers cues off the moves of the others. THE INCITERS first formed back in 1995 and had a successful 10-year run before breaking up in 2005 – leaving behind a massive following in Europe that demanded their return year after year. In 2009, they got their wish as original member / bandleader Rick Kendrick went to work putting the band back together. THE INCITERS re-formed with some new, younger faces and picked up right where they left off. Right after the group reformed, they embarked on another successful European tour, released a teaser 7” single on Scorcha in Germany, and then got to work to record their comeback album for 2012 – SOUL CLAP!

J. Navarro & the Traitors began as a conversation between Jay Navarro (The Suicide Machines, Break Anchor, Hellmouth) and Eric Abbey (1592) about music that they had always played and never played together. From sharing the stage together in the early 1990s and 2000s they wanted to write and play music that they loved. So they took the idea and started writing, focusing on the reggae and Two-Tone sound that had been missing from the Detroit scene. With four songs written they needed a band. Together they ran down the list of musicians they knew and found the best ones for the job. Ken Haas (Polka Floyd, Reverend Guitars), joined on lead guitar, Scott Vesey (Trace the Veins) joined up on bass, and Jason Millbauer (Bad Assets) joined in on drums. Together they created the type of music that Navarro and Abbey heard in their heads and the band was born. A collection of songs that showcases the feeling of Detroit and the struggles going on throughout the world are showcased on their debut release. Come out to a show and dance all night. Cheers!