Nerf Herder returns to Chicago for the first time in over 17 years to play the inaugural “A Merry Punking Christmas” with The Copyrights, Dan Vapid & The Cheats, and Capgun Heroes 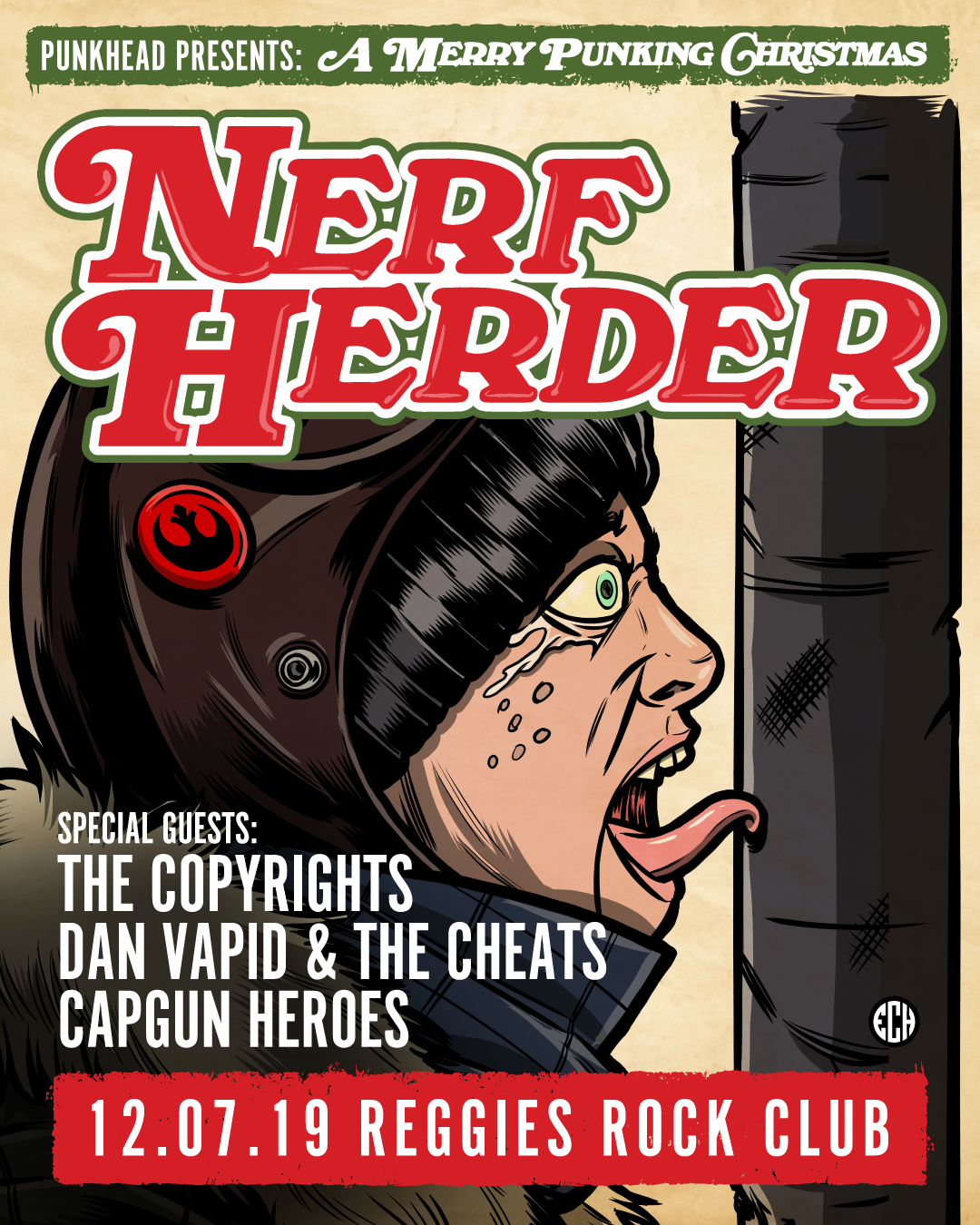 The current band features founding members Parry Gripp and Steve Sherlock, with Linus Dotson and Ben Pringle. Nerf Herder’s 5th album Rockingham is an explosion of geekiness with songs like “At The Con,” a song written after a performance at Atlanta’s DragonCon, “Ghostbusters III,” a lamenting tune about how the sequel will never be released, and “I’m The Droid (You’re Looking For),” which is made entirely of lines from Star Wars and was recorded at Skywalker Ranch. Other standout tracks include “We Opened for Weezer”, a song reminiscing Nerf Herder’s ’97 tour with Weezer, and “The Girl Who Listened to Rush”.

DAN VAPID AND THE CHEATS

Dan Vapid & the Cheats is an exciting new Chicago punk rock quartet, formed several months after The Methadones’ breakup and fronted by the legendary Dan Vapid of Screeching Weasel, Riverdales, Methadones, Sludgeworth, Noise By Numbers, Mopes and Queers fame. The lineup features Dan Vapid (vocals/guitar), Mike Byrne (ex-Methadones/guitar), Simon Lamb (ex-Screeching Weasel/bass) and Mike Soucy (The Bomb/ex-Methadones/drums). After friends and fans from all over the world urged Vapid, he took to the stage May 27th at Chicago’s Cobra Lounge, performing a variety of songs he wrote in the last 20 years. The crowd had an overwhelmingly positive reaction and Dan Vapid & the Cheats had a ton of fun playing the songs. and have since been planning more shows. Dan Vapid & the Cheats will be recording a full length record in October. The Cheats’ debut album is too fresh for a title, but will be available to the world in 2012. Stay tuned to Dan Vapid & the Cheats’ Facebook page for up-to-date info and while you’re there, become a fan if you haven’t already. You will not want to miss hearing the arsenal of defining anthems we all know and dearly love that only Dan Vapid can deliver, as well as what they have in store.