The concert featuring Mars Red Sky is CANCELED. All previously purchased tickets will be refunded at original point of purchase. 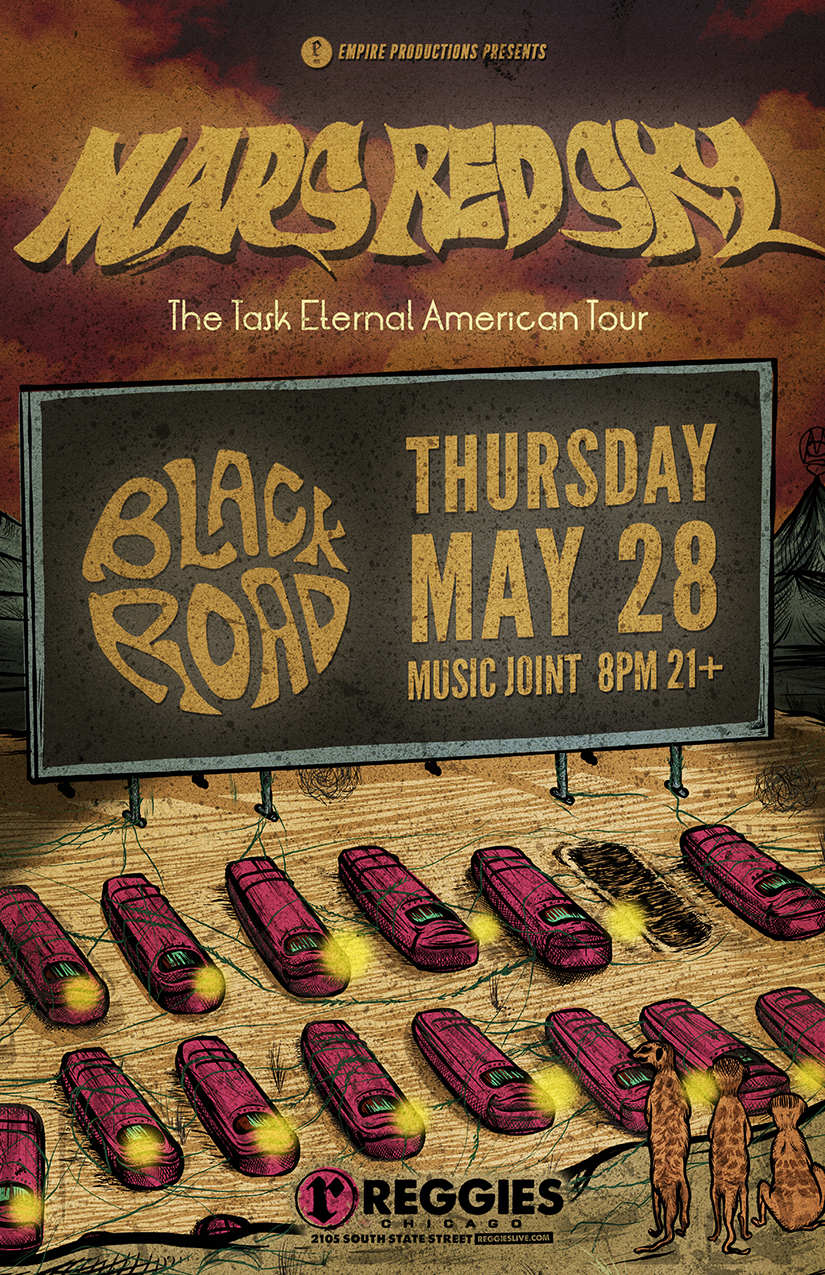 Driven by the huge success of their eponymous debut record, which was recorded in Spain’s mystic Bardenas desert and released in 2011
the Bordelais were quickly invited to play on the largest European stages with Kyuss Lives!, Dinosaur Jr, Sleep, and renowned festivals such as Eurockéennes de Belfort (Fr) Hellfest (Fr), Roadburn (NL), London and Berlin Desertfests, Sziget Festival (Hun), SXSW (USA) and many more , leading them to play 300 shows in the next 5 years, opening for various acts such as SLEEP, French major band DETROIT, DINOSAUR JR or KILLING JOKE.

Worldwide press has been roaring usually pointing out  the band’s “Charisma and consistency in quality song writing and execution” as in THE SLEEPING SHAMAN webzine described. Also as THE OBELISK passionately wrote “One of the best and most distinct acts in or out of heavy psychedelia ” or as ABOUT.COM confirmed : “A fantastic voyage!”.

The album lyrical content deals with various themes : opener ‘the Whinery’ depicts the cynism of the manipulating Kings and Queens in this absurd and chaotic world . Title track ‘Apex III’ tells about the band leaving the planet to other galaxies on board of their sapphire vessel, leaving the world in dismay while fighting against their own inner demons. Heavily permeated by a thriller written by Jon Conelly : ‘The Burning Soul’ during the recording sessions , or  Claire North ‘The first fifteen lives of Harry August’ :  each time Harry August dies, he is reborn in exactly the same time and exactly the same place, a child with all the knowledge of a life he has lived a dozen times before.

MARS RED SKY is a fully accomplished artist who welcomes every listener to their unique world.

Black Road is a sultry, 4-piece Stoner Doom band from Chicago, IL. Lead by vocalist Suzi, guitarist Tim, Casey on bass, and Rob on drums. Together they are defining Stoner Doom for Chicago and showing a more soulful side of metal and hard rock – while still keeping you moving and banging your head. Look for their first EP via DHU Records on vinyl in 2017.