Best Karaoke Performance of the Night receives $50 in Reggie Bucks and Runner Up receives $25 in Reggies Bucks!

LBK will be on around 9pm after The Ransom Notes set. 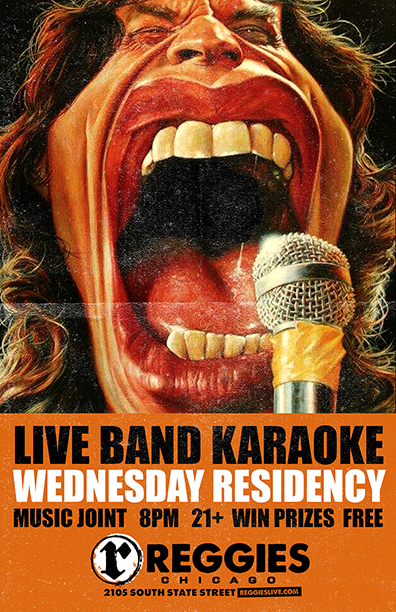 We are Chicago’s first, longest-running and most successfulcollective to provide for you the most fun thing in the world: singing with a great band! Whether you see us at one of our always urbane and cheery weekly residencies, a private event for your company, or a festival or University from coast to coast, north, south, east or west, our love is to have you rock with us. Come on up!

The Ransom Notes were founded in the fall of 2010 by a group of freshman who wanted to bring some spice to the a capella scene at Kenyon. Since then they have sung, danced, and clowned their way into Kenyon’s heart! They proudly call themselves “the a capella for even people who don’t like a capella”,  because first and foremost they put on a show. The Ransom Notes compete annually in the International Competition for Collegiate A capella, and have had success with their prior Cleveland and New York tours. They hope you enjoy the show, whether it be the music or the goofs!