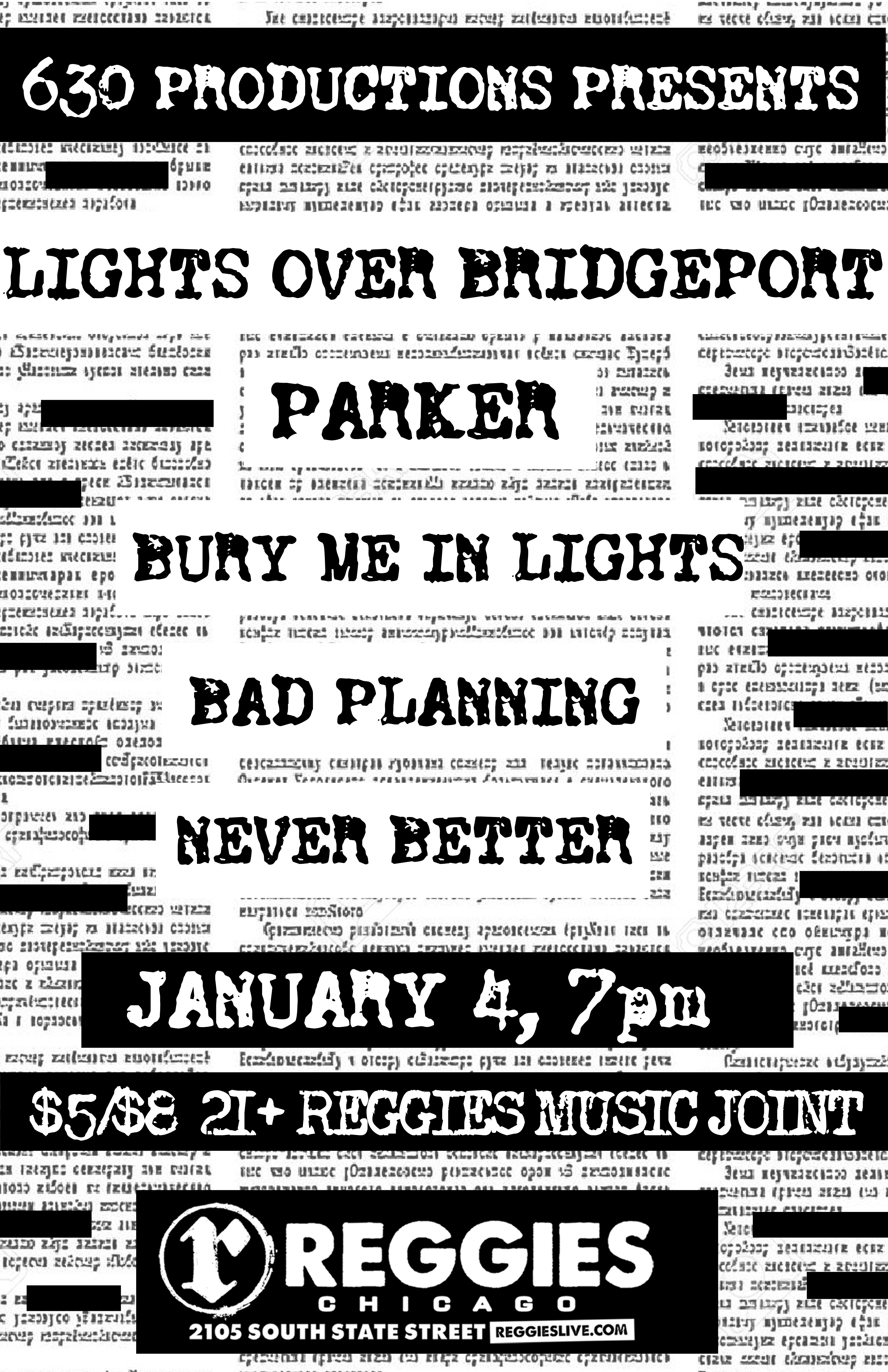 Lights Over Bridgeport is a rock band formed by four friends who grew up on punk rock and metal. We write music for anyone who aspires to make a better life for themselves and the ones they care for. Through wholesale lineup changes and personal tragedies we have continued to make music that we believe in with all our hearts.

PARKER is the new sound of Chicago. They are a band rooted in the energy and spirit of punk and rock and roll, while embracing the melodic side of modern music. The songs they have crafted take listeners on a journey through soft, soulful verses that explode into energetic choruses. PARKER has made a huge impact on the Chicago music scene in 2018 alone and is making their way through the Midwest.

BURY ME IN LIGHTS

Based out of Barrington Illinois, Bad Planning Started as a trio back in the fall of 2013. With the addition of a bass player, the band recorded their first album the next summer. After a lineup change the band’s second release, Lifetime, came out in winter 2015. Since then the band has been dedicated to playing shows and releasing music to further contribute to and expand the amazing Chicago Punk Rock/Pop Punk scene that they have grown up with.