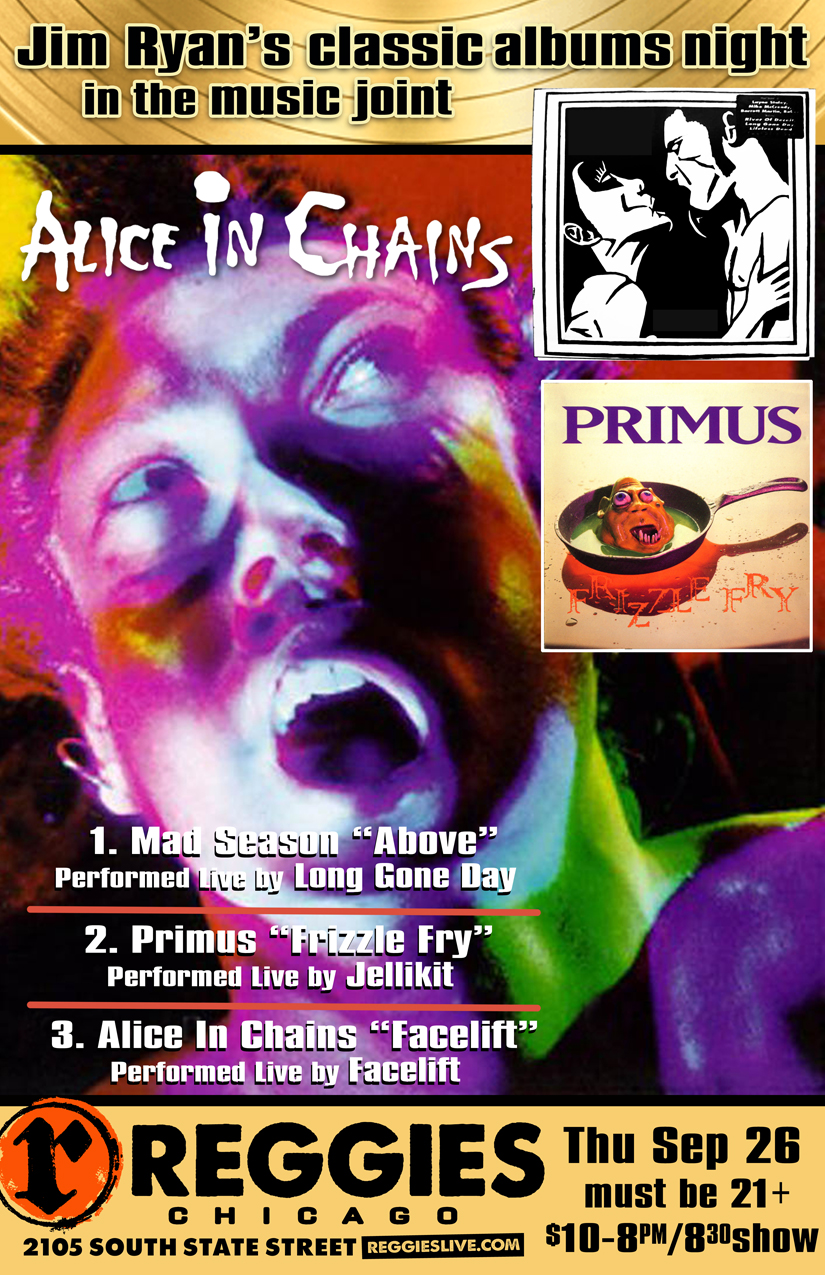 Facelift is the debut studio album by the American rock band Alice in Chains. The album was released on August 21, 1990. “We Die Young”, “Man in the Box”, “Bleed the Freak” and “Sea of Sorrow” were released as singles. “Man In The Box” was nominated for a Grammy Award for Best Hard Rock Performance with Vocal in 1992.

Frizzle Fry is the debut studio album by the American rock band Primus. The album was recorded in December 1989 and released on February 7, 1990.

“Mad Season was an American rock supergroup formed in 1994 as a side project of members of other bands in the Seattle grunge scene. The band’s principal members included guitarist Mike McCready of Pearl Jam, lead singer Layne Staley of Alice in Chains, drummer Barrett Martin of Screaming Trees and bassist John Baker Saunders. Mad Season released only one album, Above, in March 1995.” —