​The concert featuring Jim Ryan’s Classic Albums is CANCELED.
All tickets will be refunded through original point of purchase. 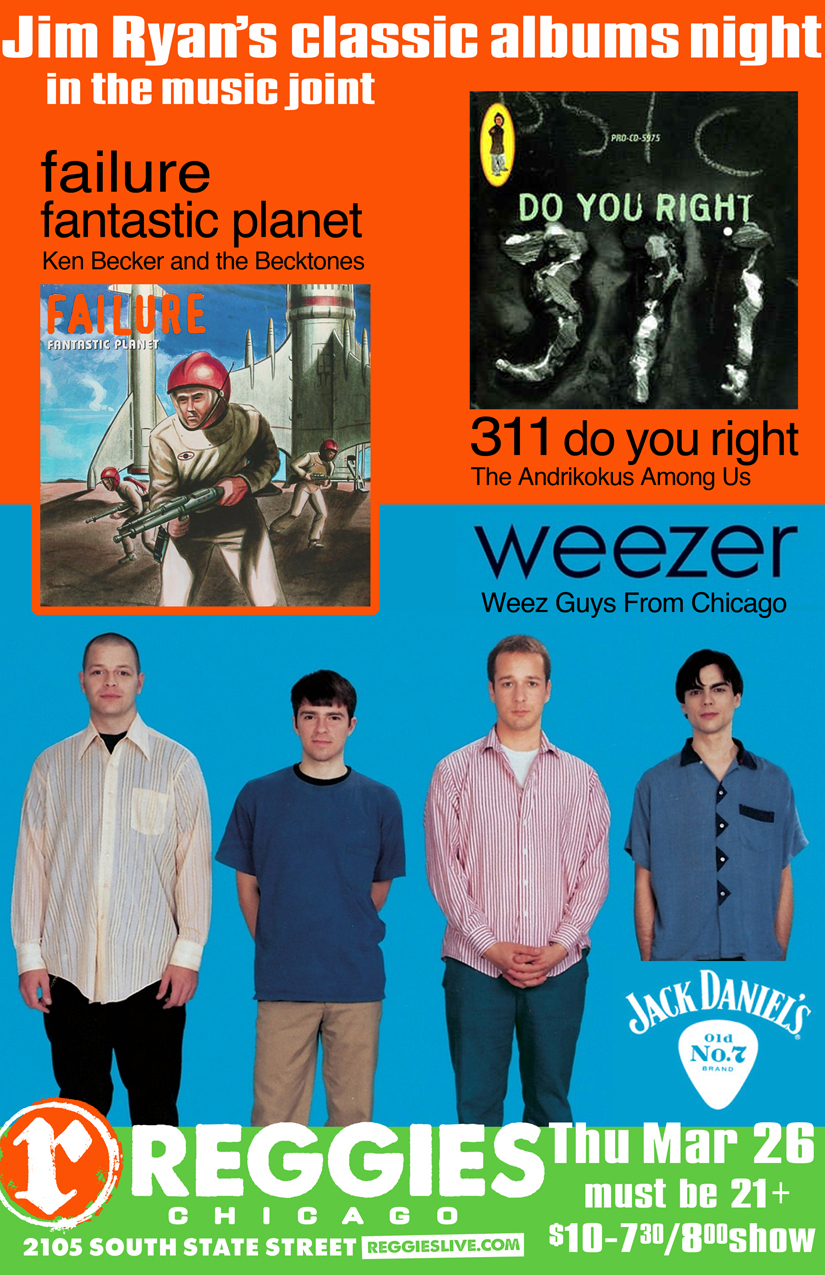 WEEZER “THE BLUE ALBUM” (performed by Weez Guys from Chicago)

Weezer, also known as The Blue Album, is the debut studio album by the American alternative rock band Weezer, released in May 1994 through DGC Records. The album was produced by Cars frontman Ric Ocasek and recorded in Electric Lady Studios in New York City.

FAILURE “FANTASTIC PLANET” (performed by Ken Becker and the Becktones)

Fantastic Planet is the third studio album by the American alternative rock band Failure. It was the last album released on Slash Records as distributed by Warner Bros. Records. The album failed to chart on Billboard’s Top 200 albums, but did produce a charting single with “Stuck on You”, which reached #23 on Billboard’s Alternative Songs Chart. The album was produced by Failure themselves in a process that took longer than their previous two albums, with one song being recorded and produced soon after being written, and repeating this process. Space-rock themes course through the album’s lyrics, as well as various indirect references to drug addiction, drug-related experiences, and prostitution. Seven of the album’s songs were also included on Failure’s Essentials, a best-of collection from 2006.

311 “MUSIC” (performed by The Andrikokus Among Us)

Music is the debut studio album by Omaha alternative rock band 311. It was released on February 9, 1993. “Do You Right” was released as a single. The album was certified Gold in 1999 by the RIAA, having sold over 500,000 copies.