17+ in Rock Club with MACABRE, Novembers Doom, Without Waves, Everything Must Die

21+ in Music Joint with Hewhocorrupts, Something is Waiting, Extraction Point.

Stick around after the show for a FREE SHOW with TBA! 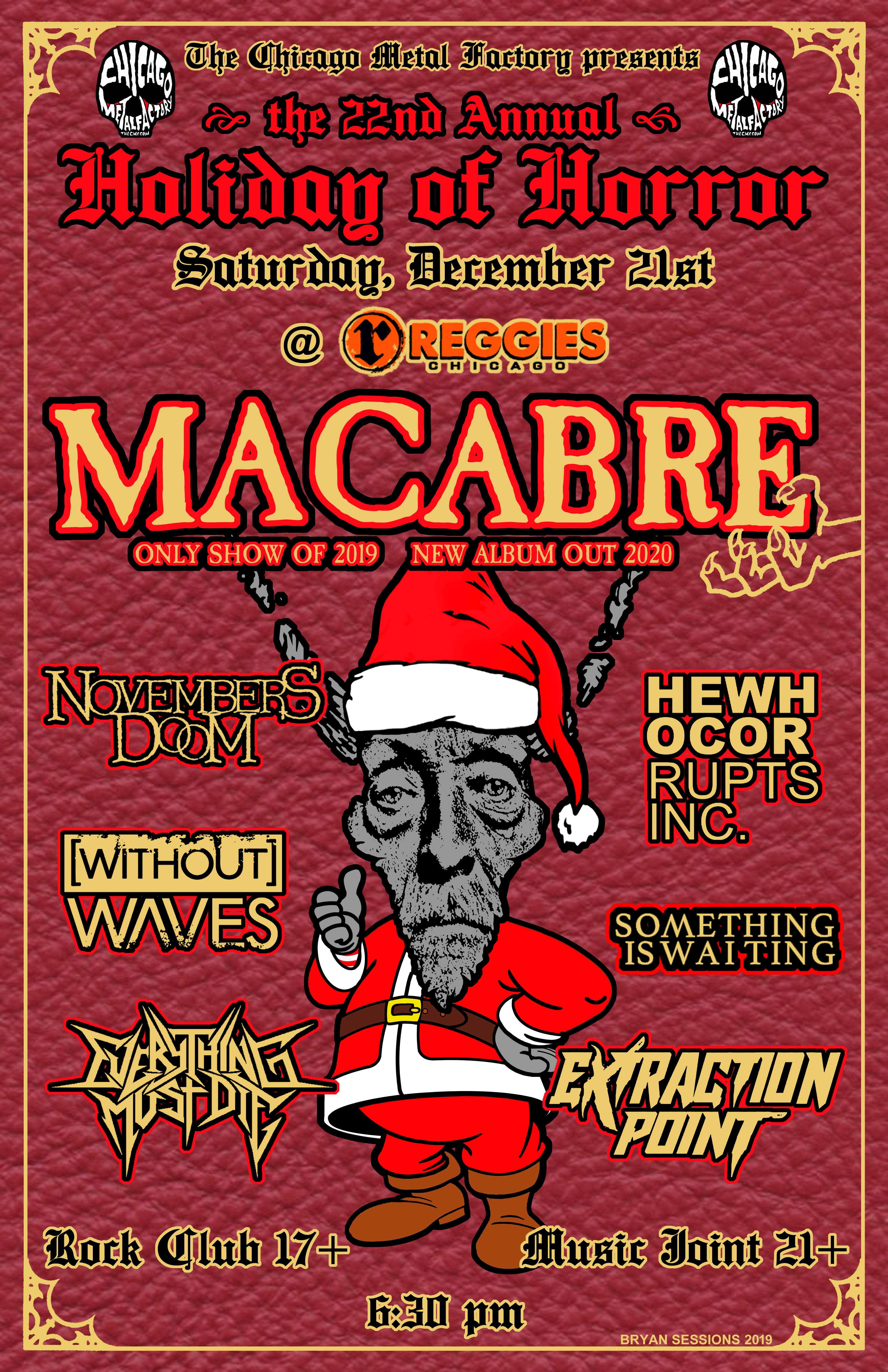 We have separately been kicked out of every band we’ve ever been in.

We are no longer allowed to talk about music in public or comment on the songwriting and/or riff writing and/or live performance of your band. We cannot play a show with “your band.”

We are not a band. We can not have our pictures taken together. We are not allowed to rent our own, or share a practice space with another group. We each show up separately to “shows.” We do not have band van. We do not have a band fund. When we play “shows” we, “send any money the touring band’s way.” We are allowed to “support local shows” by attending and/or booking them, as long as we do not comment on the songwriting and/or riff writing and/or live performance of your band.

We are allowed to DJ a local psuedo-Metal club and/or hole in the wall-bar that will let us DJ on an off night if we “draw out a few friends” as long as we do not answer “What band” this is when you come up to us and ask us when said band’s song is blaring and can barely be heard over, before you respond, “I thought this sounded familiar.”

We once played with Electric Wizard (because somebody made us).

We are not allowed to be “thrown on the list,” even if you were to say to us, “Hey man, what are you doing this Wednesday? Come out to the show. I’ll throw you on the list.”

The previous owner of our Bassist’s Emperor Bass cab was THE WAR ON DRUGS.